Looks like it has been around two months shy of three years since I posted here. I barely remember why I stopped posting, stopped writing in general, but I do very much recall the overall “event” that influenced my stepping away. I wrote about some of it here, back then, as I recall, but there was more, and so much has happened since, and I’m sure some or all of it will be covered here in future posts. Because I want to get back to it. I have wanted to for some time. And while you may notice I really don’t have anything of substance to say with this post, I wanted mostly to just break the cycle of not posting, of not writing much of anything beyond snarky Facebook and Twitter status updates, and now that I have I truly intend it to lead to more regular mental regurgitation upon these “pages.” And we will we what will happen. I barely remember who I was three years ago, and I certainly am no longer whoever he was. Strange the way life goes, though. Last week I had the worst psychotic episode since the one just over three years ago that led to a psychotic break, that led to so many things, among them a veritable cessation of most creative activity. And that cannot be allowed to stand. But strange that another difficult brain fuck experience led me back to trying to write here. And elsewhere. Other awesome things are happening! I hope to tell you about them, and I hope the you that chooses to join me and listen in is more than just me and all of my friends in my head. 😊

Damn yo…I don’t even remember how to do stuff here. 😂 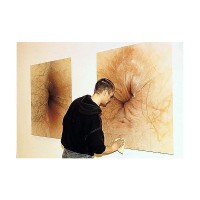