In early 2019, I began filming a few scene reports and album reviews, initially centered on artists in my home area (at the time) of Southern Arizona, to be included on Shadebeast TV, an attempt by heavy music communal entity Shadebeast out of Athens, Georgia, to provide online content for their fans and patrons. Shadebeast TV proved to be short-lived, however some interesting videos came out of it, and I continued to occasionally do a video review here and there. I’ve compiled them below, and will continue to add any new content that comes to be. I will also include live footage from live music shows that I have the pleasure of attending and filming. You can visit the content directly on my channel on YouTube, Hank The Wvrm Shenanigans. Enjoy the madness!

Arizona crust grind band Vomitus was active in the late 1990’s and produced one demo EP before disbanding and moving on to other projects, yet leaving an indelible legacy on the local scene. In early 2019, 1974 Records released a remastered special edition 2LP pressing that included both the original SutimoV demo as well as the previously unreleased full-length album A Galaxy Of Thought, packaged together as Pulse In The Dirt.

Thra is a blackened death doom band with heavy sludge elements from Phoenix, Arizona, that has been active since around 2016. This video is a review of their first official studio release, the Gardens Of Rot EP, which was released in 2019 on Camo Pants Records, and followed up the sound established on the demo Mourn from 2017.

Texas’ Red Beard Wall specializes in a uniquely infectious blend of southern sludge, grunge, noise rock, and good old fashioned heavy rock that leaves quite the impression on any listener. Here I review their second full-length release, 2019’s The Fight Needs Us All.

Get A Grip has been a staple of the renowned Arizona Hardcore scene for several years, and is one of the AZHC bands to show the most break-out potential into music’s larger worldwide community. This video serves as a review of their 2019 7″ release Running Out Of Time, as well as a documentation of the raucous and wild release show at Tucson’s Wooden Tooth Records, which included performances by Sex Prisoner and Röntgen.

Cyttorak hails from the Providence, Rhode Island area, and produces a decimatingly heavy brand of bass guitar driven sludge metal that gleefully explores themes of fantasy, horror, and elements of role playing games and mythology. Here I present my thoughts on their 2019 EP release Underdark Invasion From Beyond The Shadow Of The Warp.

Georgia punk metal hooligans Hembree & The Satan Sisters have been bringing rock ‘n roll and punk back to their confrontational and controversial roots for the last several years with volatile and violent live shows, aggressive demeanors, and caustic musical shenanigans. This video sees me giving the ol’ Hank the Wvrm treatment to their debut full-length, the aptly titled Fuck Your Feelings.

I first saw Tucson progressive experimental heavy music duo Kryge at their debut live show, opening for heavy music behemoths Primitive Man in mid 2018. They blew me away with their amazing and eclectic songwriting, their energetic and enthralling live presence, and the brilliance of their musicianship. Here is some footage from a show they played at Tucson’s Club Congress later that year.

When 90’s indie rock band Duster re-united for a tour in early 2019, I was quick to jump on their stop at Tucson’s Club Congress, where I was introduced to local garage rock band Droll. They completely blew me away, and through a series of shows over the next several months became one of my favorite bands, playing a style of music that isn’t exactly my typical go-to (although I do like to remain diverse and eclectic). This video is a collage of some of the live footage I was able to capture of the fellas.

Psychedelic experimental indie rock band Trees Speak opening for B I G | B R A V E during the 2019 edition of HOCO Fest at Tucson’s Owl’s Club. 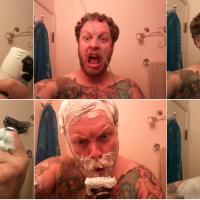 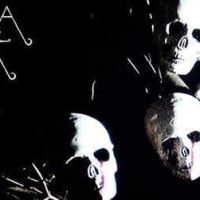